I am so very pleased to announce that my solo show Faux Real with Fauxnique is running in London!

We play two dates as part of the Hot August Fringe Festival at the Royal Vauxhall Tavern August 16 & 20. If you are in London or know people who are, send them to the show (get your tickets here).

Next, it’s over to the Edinburgh Fringe to see some shows and to take part in an evening with the Magic Faraway Cabaret. The theme is ‘Banarnia’ (yes, that would be Bananas + Narnia). Kind of sounds like home…

I look forward to seeing you in the audience, on the dance floor, and across the pond. 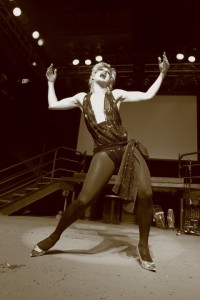 Trannyshack’s tribute (above) to goth queen Siouxsie Sioux was fabulous. Have you ever had that ‘Jigsaw Feeling’ ?